Why is IVM is a safer technique for women with ovarian disorders? 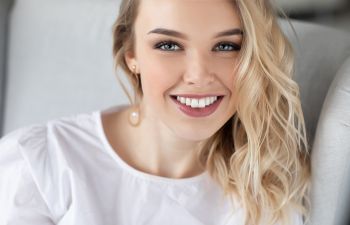 Increasing success with the way eggs are matured outside a person’s ovaries has given new hope to women who have difficulty becoming pregnant, especially those with diseases or disorders that make use of conventional in vitro fertilization techniques less effective – or even risky.

So, states Ralf Zimmermann MD, reproductive endocrinologist and infertility specialist and medical director of Neway Fertility in New York City, who says the improved fertility process — in vitro maturation (IVM) – is becoming the technique of choice for promoting pregnancy in patients with conditions like polycystic ovarian syndrome, a common hormonal disorder, or in women with cancer or with limited eggs, often due to advanced age.

He cites comments made in 2017 by authors of a report in the journal, Reproductive Medicine and Biology, that improved cancer survival rates are increasing demand for fertility preservation. An estimated 20 percent of gynecologic cancers occur in women of reproductive age. Survivors of these cancers often undergo radiation and chemotherapy regimens that affect ovarian function.

Unlike in vitro fertilization in which a woman is directly given medications to stimulate egg production and maturation inside her ovaries, IVM involves harvesting immature eggs without stimulating the ovaries – or only minimally stimulating them – and then maturing the eggs in a laboratory using a protein-rich culture medium and small amounts of hormones, Dr. Zimmermann explains.

Once matured, the eggs are fertilized through intracytoplasmic sperm injection, in which one sperm is injected into each egg with a small needle. The resulting embryos can then be transferred immediately to the uterus or preserved through a freezing technique called vitrification, or “flash freezing”, and introduced to the uterus later when a woman is ready to become pregnant.

“IVM is an important fertility alternative for women with polycystic ovarian syndrome because these patients are prone to developing ovarian hyperstimulation syndrome (OHSS) when exposed to the drugs used in traditional in vitro fertilization,” says Dr. Zimmermann. OHSS occurs when fluid from the ovary shifts to other parts of the body, including abdomen and lungs. It is a common complication of fertility treatment and can develop into a serious – even fatal – disorder.

For women recovering from cancer, conventional in vitro fertilization drugs used to stimulate the ovaries may contain hormonal components that also stimulate any remaining cancer tissue in the body. “That’s why IVM can be a more acceptable fertility approach for these patients,” Dr. Zimmermann says.

Others who may benefit from IVM include women with limited remaining eggs and those who have blocked or removed fallopian tubes or suffer from ovulation problems or autoimmune diseases.

Besides the enhanced safety that IVM affords women with various disorders, the technique is oftentimes more convenient than in vitro fertilization and can be performed at lower cost.

Dr. Zimmermann concurs with researchers who say IVM still has “a long way to go,” but says the technique continues to advance at an amazing rate. In fact, authors of a study published in August 2018 in the Journal of Ovarian Research report that, in women of reproductive age who have polycystic ovarian syndrome, IVM is proving to be a “convenient option” with a live birth rate like that of standard in vitro fertilization.

“Ongoing advancements in IVM techniques are leading to more successful outcomes,” Dr. Zimmermann says. “As we learn more in our clinical practice, we will be better able to select patients who can achieve the highest results from IVM.”