What Is IVM? Dr. Zimmermann Breaks It Down 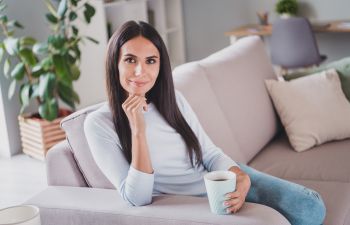 IVM stands for “in vitro maturation,” not to be confused with IVF or “in vitro fertilization”, though both have some things in common and the same aim of facilitating a successful pregnancy. IVM might best be described as a milder, gentler form of IVF which involves harvesting eggs from naturally developing or minimally stimulated follicles and allowing them to mature in vitro (outside of the body in a controlled laboratory setting) until ready for fertilization with sperm.

By contrast, conventional IVF stimulates these small fluid filled follicles with gonadotropins, an injectable medication, for 9 to 12 days to obtain maturity of eggs before harvesting, i.e. removing them from the body, to be fertilized with sperm in a laboratory setting. The best candidates for achieving the highest rates of pregnancy with IVM are women less than 37 years old, with a good reserve of follicles. Below is a fuller description of the biological terms and processes, as well as some of the indications for going this route to achieve a pregnancy.

The ovaries throughout a woman’s reproductive years are made up of follicles and within each follicle is one egg, which is referred to as an oocyte. Most of the follicles are infinitesimally small, inactive and constitute a “resting pool” of follicles within the ovary. Every month a group of follicles we call the “cohort” leaves the resting pool and enters the path of follicle growth. At the beginning of each menstrual cycle, an average of six maturing follicles in each ovary can be easily visualized by ultrasound as black dots and the exact number can be counted. These naturally grown follicles are on the way to becoming the source for immature eggs which can be collected by aspirating fluid from these follicles. Using IVM, under well controlled laboratory conditions such as exist at Neway’s state-of-the-art facility, many of these oocytes will mature until ready to be fertilized in the very same way as in conventional IVF. Once embryos have developed, one or more can be transferred into the uterus to allow for the possible and much hoped for successful pregnancy.

With Neway’s expert multi-disciplinary team of doctors and embryologists, a careful evaluation is made for each patient to determine who would be a good candidate for IVM. By this careful selection, our pregnancy rate to date has been equal to that of conventional IVF. In addition, we are pleased that we can offer hope to women who are considered “poor responders” meaning less likely to achieve a pregnancy with IVF due to a smaller number of oocytes available and with a higher percentage of immature oocytes. Within our field until now, IVM has been recommended primarily for women with polycystic ovaries (generally speaking, they have many small follicles and no ovulation) who are more likely to suffer ovarian hyperstimulation syndrome with conventional IVF, a painful and distressing side effect of the gonadotropic medications. IVM combined with egg freezing is without question a much needed option for preservation of fertility for women who are faced with a need to undergo radiation or chemotherapy for treatment of cancer.

In short, at Neway we see IVM as being as being an excellent option for a wide variety of patients, and for many it may be a good first option for treatment of infertility. Neway together with its partner clinics (Maria Hospitals) in Korea are pioneers in this method and about one fourth of all IVM babies born worldwide have been with Neway in New York and Maria Hospitals in Korea.

Should you have any further questions or concerns about how IVM works and/or ready to start your fertility treatment, please feel free to give us a call at 212-750-3330.