What is DuoStim IVF Protocol? 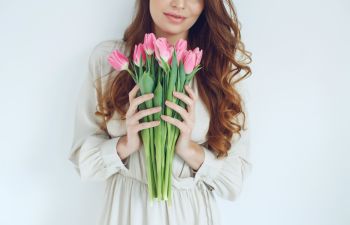 Double stimulation in the same ovarian cycle (DuoStim) is a newly developed protocol for patients undergoing IVF designed to maximize the number of oocytes retrieved in the shortest possible time. Previously, this type of protocol was also known as the Shanghai Protocol.

The DuoStim protocol is designed to take advantage of the fact that the ovaries typically recruit multiple (2-5) waves of follicles each month. In a natural ovulatory cycle hormone signals from the brain allow only one follicle, containing one egg, to be selected for ovulation while multiple other follicles never reach maturity and the eggs inside of them die via atresia. During an IVF cycle, fertility drugs are used to rescue some of those eggs which are otherwise destined to die, allowing the collection of multiple mature eggs and the creation of multiple embryos. A DuoStim protocol is an extension of this concept in that after the first egg retrieval a second round of stimulation with fertility drugs can be started during the luteal phase allowing a second egg collection in the same menstrual cycle.

The principal advantage of a DuoStim protocol is that it allows the collection of more eggs than a traditional IVF stimulation protocol in the same amount of time. This approach is thought to be practical in two clinical situations:

There are several limitations to the DuoStim approach which are important to note. All embryos obtained via DuoStim need to be frozen, they can be subsequently transferred in a separate frozen embryo transfer cycle. Additionally, there is an increased cancellation risk during the second (luteal phase) stimulation. Finally, the cost-effectiveness of these protocols has yet to be established.

For patients interested in the DuoStim IVF protocol, Neway encourages an evaluation by one of our board-certified reproductive endocrinology and infertility doctors to determine if this strategy is the right one for you.