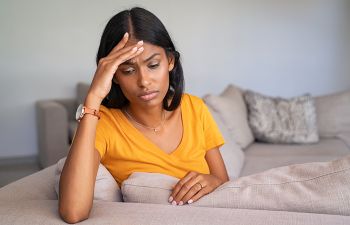 Uterine fibroids (aka myomas) are benign tumors that grow in the uterus. The cause of fibroids is multifactorial with genetic, hormonal, and environmental factors. About 20% of all women have fibroids, they are somewhat more common among African-American women, affecting more than 50%. The location and size of fibroids determine whether they cause symptoms.

While most women who have fibroids will not have fertility problems, some fibroids can contribute to decreased fertility, pregnancy complications, and other symptoms.

The type of fibroids that most adversely affect fertility are those that are submucosal or intracavitary which distort the inside of the uterine cavity and those that are large intramural (>6cm).

Fibroids can diminish fertility by distorting the normal anatomy, blood flow, transit of sperm, and implantation of embryos.

In some women, fibroids can grow during pregnancy due to high hormone levels and increased blood flow to the uterus. They can increase the risk of miscarriage, preterm labor, and fetal malposition inside the uterus. Rarely fibroids can outgrow their blood supply and cause severe pain.

Fibroids are often first discovered on the pelvic exam and are confirmed by imaging studies. The most common is an Ultrasound which allows to measure the size and location of the fibroid. More advanced studies such as a Hysterosonogram (HSN) is often useful to assess whether fibroids impinge on the uterine cavity. Hysterosalpingography (HSG) uses an X-ray to visualize the uterine cavity and check whether the fallopian tubes are open. Sometimes an MRI can also be helpful to localize fibroids.

A minority of women may benefit from surgical removal of fibroids prior to pregnancy. Fibroids that are inside the uterine cavity are typically removed by a Hysteroscopic Myomectomy which is an outpatient, same-day surgery procedure. The surgeon removes fibroids using a camera which is inserted through the vagina and cervix into the uterus.

Laparoscopic or robotic myomectomy can be useful to remove intramural and subserous fibroids by using instruments inserted through small incisions in the abdomen. For larger or multiple fibroids an abdominal myomectomy, which requires a full abdominal incision and a hospital admission, may be recommended. This surgery does come with increased risk of scar tissue formation which can affect the fallopian tubes and the endometrial cavity and can actually impair rather than improve fertility. Therefore, it is important to be sure that the benefits of surgery outweigh these and other potential risks in women who want a subsequent pregnancy. A Cesarean section may be recommended by the obstetrician in women who had a prior abdominal myomectomy.

For women with fibroids who are not pursuing pregnancy various medical and surgical options can be used to control fibroid symptoms. Medications that are useful for controlling fibroid symptoms include birth control pills, progesterone releasing IUD’s, tranexamic acid, GnRH agonists, and nonsteroidal anti-inflammatory drugs (NSAIDs). There are several minimally invasive surgical procedures including uterine artery embolization where the blood supply to the uterus is cut off and endometrial ablation where energy or hot water is used to destroy the lining of the uterus. While both of these procedures can reduce or completely stop the menstrual flow, it is important to note that these procedures are not recommended for women who want future pregnancies because both compromise the blood flow to the uterus and make it difficult and risky to carry a pregnancy. It is also important to note that following any of the above mentioned medical or surgical treatments new fibroids may eventually grow, requiring further intervention. The definitive treatment for fibroids is a hysterectomy, a major surgical procedure where the whole uterus is removed thereby ending a woman’s ability to carry a pregnancy.

For women who have fertility problems or a prior poor pregnancy outcome related to fibroids, Neway encourages an evaluation by one of our board-certified reproductive endocrinology and infertility doctors before committing to a course of treatment.