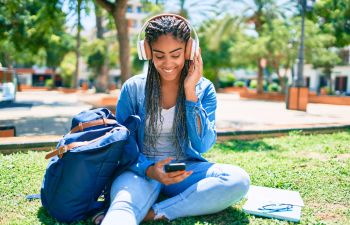 Egg freezing promises to stop the biological clock for women who aren’t ready to start a family but who fear advancing age will make it difficult or impossible to become pregnant at some point in the future. “These women are right to be concerned,” says Dr. Ralf Zimmermann, medical director of Neway Fertility. “There are many reasons – both personal and medical – to delay starting a family and while a woman’s uterus is generally able to sustain a healthy pregnancy up to the age of fifty, her supply of viable eggs is likely to have been depleted years earlier. Egg freezing makes it possible to harvest eggs during her prime reproductive years and use them later. Until recently, however, there has been little data available to guide a woman’s decisions on when, where, and how to have her eggs frozen. Now, several studies have provided insight on best practices for improving the odds of taking a baby home.”

A woman is born with all the eggs she will ever have, about four million. As she ages, her eggs decrease in both number and quality, making pregnancy increasingly difficult. Fertility begins declining in the late twenties. At thirty, a woman has about 100,000 eggs but as she approaches her early forties, the number of eggs approaches zero, and her chances of becoming pregnant naturally are about 5%. By forty-five, what eggs remain are subject to greater risk of chromosomal abnormalities. “Age is the most important factor affecting a woman’s fertility,” says Dr. Zimmermann. “This is true both for achieving pregnancy naturally and with the help of reproductive technologies such as in-vitro fertilization (IVF). Freezing her eggs offers women the most effective way to preserve fertility. And while her age when she returns to use the frozen age does not affect the likelihood of a successful pregnancy, her age when she freezes her eggs is critically important.”

When is the best time to freeze eggs?
It has long been suspected that “the earlier the better” is a good rule of thumb for freezing eggs. Cumulative live birth rates were higher for women who were 35 or younger when they electively froze their eggs than for those older than 36. In the younger group, 68.8% out of a group of 123 women had live births versus 25.5% out of a group of 518 in the older group. “We generally advise that the best time to freeze eggs is between the mid-twenties and mid-thirties when her eggs are at optimum quantity and quality,” says Dr. Zimmermann. “Since the uterus remains healthy for many more years, a woman can ‘lock in’ her chance of a successful pregnancy at the age her eggs are frozen. For example, eggs frozen at age 28 will be as likely to produce a live birth at 38 as at 28.”
How many eggs should be frozen?
A similar rule of thumb applies to the optimum number of eggs to freeze: the more the better. The same study found that in the younger group of women, cumulative birth rate was 30% with 8 frozen eggs, 45% with 10, 70% with 15, and, most dramatically, 95% with 25 frozen eggs. Women over the age of 36 had a maximum success rate of 50% even with high numbers of frozen eggs. Dr. Zimmermann points out that these results reinforce the benefit of freezing eggs when younger, since younger women produce more eggs in each cycle, making it easier to obtain the optimum number of eggs. “We generally recommend freezing at least 15 eggs,” he says.
Where should I freeze my eggs?
Many fertility centers, even those that specialize in freezing eggs, do not publish information on their success rates. Dr. Zimmermann recommends asking for that data. In the Journal of Assisted Reproduction and Genetics, 2018 July, a group of researchers cautions against blindly trusting a center’s claims of success and provides the example of a 36-year-old woman whose eggs were frozen three times by three different embryologists; all were thawed on the same day by a single doctor. Of the eggs frozen by two senior embryologists, 71.4% and 70.5% of them were intact and capable of creating an embryo; of the eggs frozen by a junior embryologist, only 16.7% survived.

“We can now provide guidance to women who are considering freezing their eggs to preserve fertility,” says Dr. Zimmermann. “To maximize the likelihood of a successful outcome, they should freeze their eggs as early as possible but no later than age 35, they should harvest and freeze a minimum of 15 eggs, and they should work with a fertility center that can demonstrate proven results.”