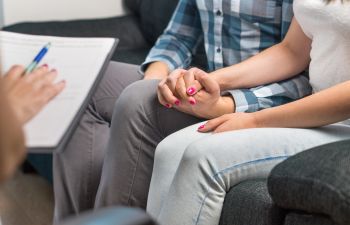 According to the World Health Organization, for couples aged 35 or younger, infertility is “a disease of the reproductive system defined by the failure to achieve a clinical pregnancy after 12 months or more of regular unprotected sexual intercourse.” For couples older than 35 years old, it is diagnosed after 6 months of having unprotected, well-timed intercourse.

Infertility can be caused by one or more factors for both men and women. It is important to recognize the signs of when a couple should take the first steps to see a doctor to learn about their options.

There are many reasons that contribute to female infertility. Some reasons may involve disorders that interrupts ovulation and the development and release of a viable egg. Some common reasons include:

With male infertility, problems mainly involve the production and delivery of sperm. For men, sperm problems may involve the quantity, motility, and/or morphology of the sperm: